Hot off the presses, two new Reading videos for grades 3-5.

In the the first video, Ms. Bouchard teaches us how to use thought prompts to grow ideas from our jots.  In the second video, Ms. Jutcovich shares one of her favorite strategies to find the main idea in a nonfiction text.  Enjoy!

This month our country celebrates Black History Month – a month we honor historical and contemporary African American people to commemorate their importance to this country’s past and future.

“A people without knowledge of their history, is like a tree without roots.” – Marcus Garvey

Below are some resources for you to continue conversations around Black History in your home.

Who Inspires You? Kids share contemporary African American’s that inspire them.

The New York Public Library: Below is a list of wonderful online – digital resources like artwork, historical documents, timelines and much more.  For example, the Treasures of NYPL includes a series of beautiful murals by Aaron Douglas.

For the month of January, Mr. Bender selected the powerful quote above, “Be kind, for everyone you meet is fighting a hard battle.”

Each classroom has had 3 experiences around this quote and we’d love for the conversation to continue at home.

Below are some resources about empathy – what it is, why it’s important, and how to build it:

“Sesame Street: What is Empathy?

NYC Students: What is Empathy?

On January 31st we will have the privilege of seeing a wonderful celestial event – a Blue Moon, Super Moon, and a lunar eclipse (Blood Moon) will all happen at the same time! Why is this so special, you ask? Well we earthlings haven’t seen something this wondrous in 150 years!

What do these terms mean? Well, a Blue Moon isn’t actually blue, it is a term used to describe the second full moon within a month.  There was a full moon earlier in January so this will be the second one.

A Super Moon is the phenomenon in which the moon is larger and brighter in the sky, it happens because the moon is at its closest point to Earth.  At this point, the moon appears to be 14% bigger and 30% brighter than normal.

A lunar eclipse is when the moon moves behind the earth into its umbra and is bathed in the Earth’s shadow – this phenomenon can only happen when the Sun, the Earth, and the Moon are completely aligned and gives the Moon a reddish tint. (see the image below).

When can I see this Super Blue Blood Moon?

The eclipse will be best viewed from the Western part of North America, however on the East coast we will be able to see a partial eclipse.

At 5:51 a.m. EST on Jan. 31, space observers in New York City will see the Moon enter Earth’s penumbra (the lighter, outer part of its shadow), according to Space.com. The penumbra slightly darkens the Moon, though only a little. It will touch the umbra, the darker part of the shadow which gives the eclipse look at 6:48 a.m. local time. However, the moon sets just 16 minutes later.

Dr. Martin Luther King used tactics of nonviolence and civil disobedience to advance civil rights.  He was a minister, activist, Nobel Peace Prize winner and so much more. Since Monday our nation will celebrate his great legacy we wanted to share some resources with our school community.  Below you will find a playlist of MLK picture books , a link to his, “I have a Dream,” speech in its entirety, and some events going on around town this weekend.

I Have a Dream Speech 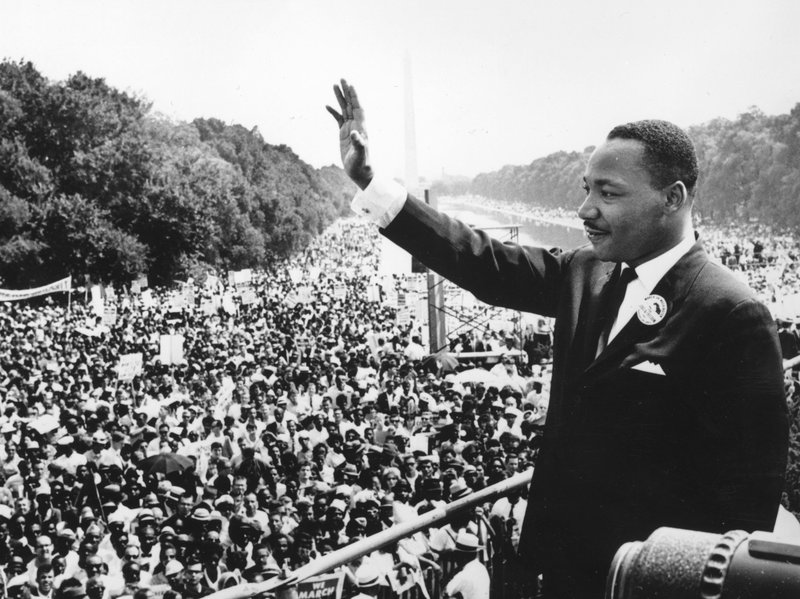 Activities at the Children’s Museum of Manhattan

The Children’s Museum of Manhattan is celebrating Dr. Martin Luther King Jr. all weekend with a number of cool activities.  Please note, all but the mosaic require reservations or tickets.

For the month of November, Mr. Bender selected the video, Happiness is Helping Others – which happens to be a commercial for life insurance – I know this sounds strange but stay with me, I promise its message is incredible.

This beautiful video shows how one person’s seemingly small actions towards other living things can make a tremendous impact on a community.  Pay close attention to all of the main character’s actions and how the other people in the community react toward him throughout the video.

One thing to note when watching this with a child is that education is not guaranteed or necessarily free in Thailand.  According to Unicef, Thailand is one of the 15 countries in the world which together account for more than half of the world’s out-of-school primary school age children.

After you watch the video be sure to keep reading for discussion questions the you can use at home and some ideas about how to foster kindness with your kids this holiday season!

Here are some resources you can use at home:

For the month of October, Mr. Bender selected K is for Kindness from Sesame Street as our text.  Though it may seem like a simple song its message is powerful and inspirational.

After you watch the video be sure to keep reading to learn about ways to foster kindness with your kids at home.

K is for Kindness (With Chris Jackson)

Here are some resources you can use at home:

This resources were pulled from SesameWorkshop.

Every year Mr. Bender carefully selects a text for each month of the school year.  These texts are always connected by a particular theme which changes from year to year.  This year’s is a really powerful theme, but we aren’t going to tell you what it is just yet.

At the end of each month, we will share the Book of the Month with you in the hopes you will discuss it further with your children. And while you’re at it, see if you can figure out Mr. Bender’s theme!

September’s Text of the Month was, How to Heal a Broken Wing, by Bob Graham.  The story takes place in a busy city where no one sees a bird lying on the pavement with a broken wing. “No one but a small boy called Will.  He and his mom carry it home and, with time, rest, and a little bit of hope, the wing mends and the bird is free once more to soar over the city. The language is deceptively simple; however, this story is enhanced through illustrations that are laden with symbolism, adding a strong visual literacy component.” Listen to the story below!

Here are some resources for you to use at home:

6. Social Justice: Pigeons are often seen as nuisances or pests. How are pigeons viewed by society? Explore the idea of ‘social outcasts’.

Bob Graham on writing How to Heal a Broken Wing: “I have long wanted to write a story about a pigeon, a story that connects with the times we live in where we seem to be losing touch with the natural world.

I wanted to write a story of hope, putting empathy in the hands of a child – because children are our future and our hope for a more caring world to come. When all of the world’s horror and inhumanity appear daily on the televisions in our living rooms, I wanted to show a human counterbalance to these things enacted in ordinary, everyday and seemingly insignificant events.

In doing this, I tried to tell the story using a minimum of words and to let the pictures do the talking.

A very strange thing happened as I was drawing the final picture of the small boy jumping in the air to catch floating feathers. The telephone rang, and as I answered it I watched what appeared to be a fine ash floating down outside my window. As I finished my conversation it dawned on me that it was not ash but very small downy feathers, floating down from a clear blue sky. I picked up six or so and stuck them in my notebook to remind myself I had not imagined it, before finishing the book soon after.

Podcasts are especially great during the summer months because you can listen to them anywhere you are; at home, on vacation, or in transit. Here are some kid-friendly podcasts that will keep you thinking and learning all summer long!

Click the images below to take a listen! Descriptions below.

Wow in the World: Wow in the World is a podcast and a new way for families to connect, look up and discover the wonders in the world around them. Every episode, hosts Mindy and Guy guide curious kids and their grown-ups away from their screens and on a journey. Through a combination of careful scientific research and fun, we’ll go inside our brains, out into space, and deep into the coolest new stories in science and technology.

But Why: But Why is a show led by you, kids! You ask the questions and we find the answers. It’s a big interesting world out there.On But Why, we tackle topics large and small, about nature, words, even the end of the world.Have a question? Send it to us!

Brains On: A podcast featuring science for kids and curious adults.

Stories Podcast: The Stories Podcast was created to provide family-friendly content to families on the go, Always free, the podcast is a great way to entertain kids on the go and limit screen time while encouraging imaginations. This podcast is even great for Pre-k Kids! This is one of our favorites!

Stories Alive: The Stories Alive podcast is a partnership between JPR and Stories Alive. The podcast is a fun, unique audio theatre experience for all ages. Each episode features three to four amazing, original stories written by elementary students. Stories Alive brings them to life with professional actors, sound designers and musicians.